Charles Grover was born in 1842 and was in many ways the archetypal Victorian amateur astronomer– not a ‘Grand Amateur’ – but a working-class astronomer, self-educated, self-made. 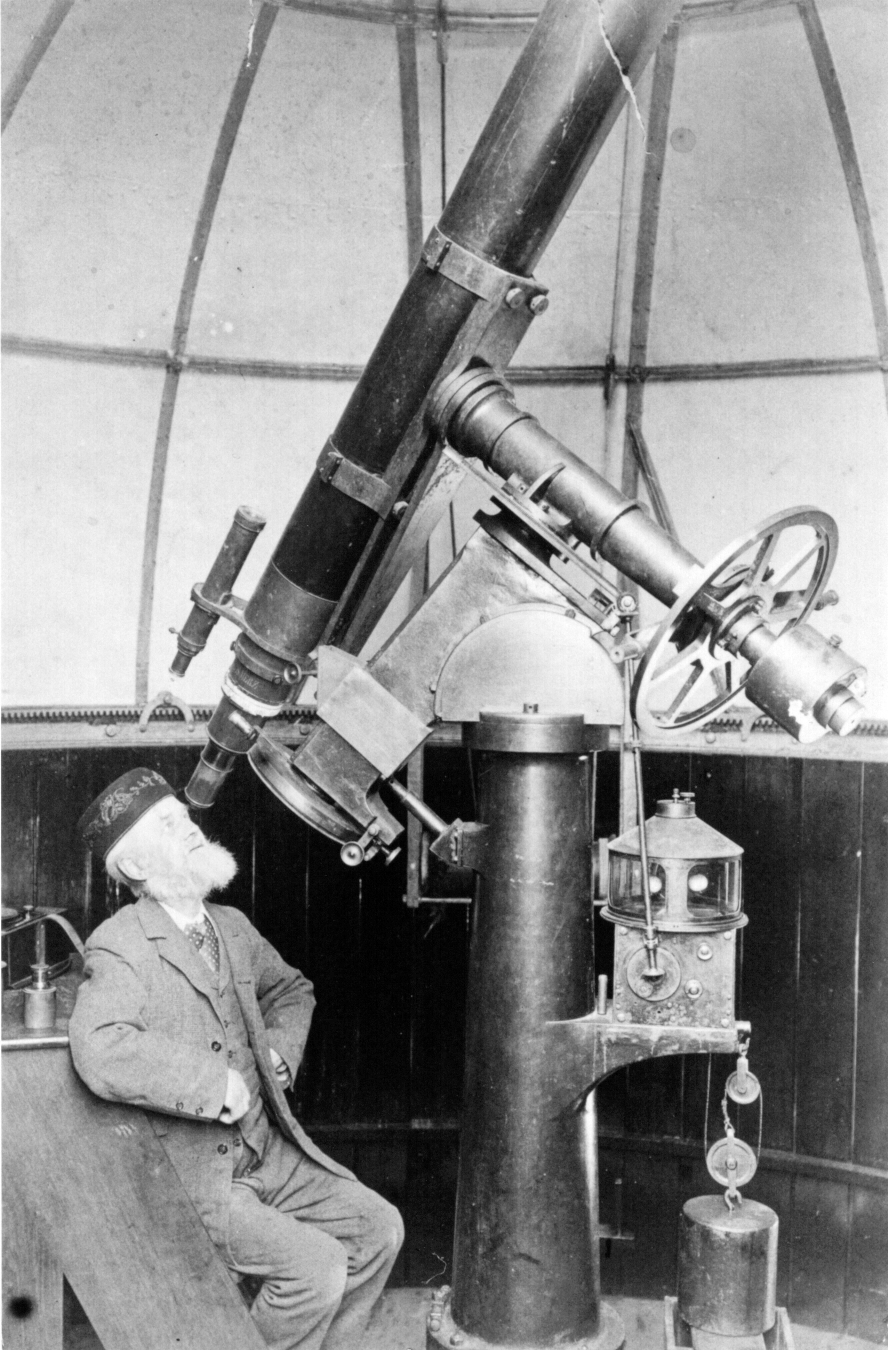 On his own in the world by the age of twelve, Charles was apprenticed to a “brush-maker”. Always, by his own account, an avid reader, his attention turned to astronomy after he saw Donati’s comet in 1858, watching it night after night and tracing its path across the sky. He continued observing and the next year noticed an occultation of Saturn. It was this that inspired his first astronomical purchase – an old ship’s spy glass, which cost him 10 shillings and with which he began to study the sky in earnest.

Charles made himself a telescope in 1861, and in 1863 purchased a Slugg telescope, which must have represented a huge outlay. He kept detailed notes of his observations, at the start of 1865 noting a bright spot on the moon. This he described in a letter to Revd T.W. Webb with whom he continued a correspondence for many years. It is one of a number of Charles Grover’s observations included in Webb’s Celestial Objects for Common Telescopes. Webb also facilitated Charles’s contributing a series of articles to the Intellectual Observer and the Astronomical Register. 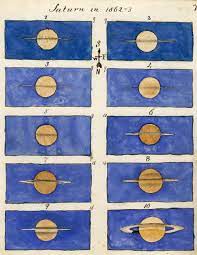 Charles Grover’s observations of Saturn in 1862-3

In 1865 Charles visited Dr John Lee at Hartwell House in Aylesbury. This was at the same time as William Birt was working there on the great (and never finished) lunar map. Charles Grover joined the band of amateur astronomers who corresponded with Birt and sent him information on their observations.

Dr Lee generously gave Charles some money and books enabling him to pursue his fascination.  In 1866 James Buckingham, who had an engineering works at Walworth Common, gave Charles a 4 inch reflecting telescope and in 1867 he received the gift of a 6.5 inch mirror from George Knott, which they set up with “the kindly help of” the Rev’d Henry Cooper Key. In 1869, instrument maker John Browning gave Charles a new plane mirror, Barlow lens & several achromatic eyepieces and lent him a 4.5 inch reflector. Best of all, he offered Charles a job who subsequently left brushmaking and moved to London.

As Browning’s assistant, Charles gained an unparalleled knowledge of amateur observatories around Britain. Frequently travelling to help set instruments up and making many friends in so doing. He rewrote a great deal over the years including Browning’s “A Plea for Reflectors”. He also made working drawings of equipment for manufacture, tested instruments and packed them for despatch. With Browning, he attended many of the meetings of the Royal Astronomical Society where they would demonstrate new equipment and where he came into contact with numerous well-known and highly-regarded astronomers.

In the course of his work, Charles met many astronomers of the day and spent some of his spare time attending lectures on all things scientific, at which he operated the magic lantern.

In 1882 Charles met Mr. John Coles, at that time Keeper of the Map Room and Instructor in Astronomy and Surveying to the Royal Geographical Society. He told Charles that several expeditions were planned to observe the forthcoming transit of Venus across the face of the sun. One party was going to Brisbane, Queensland. Captain William George Morris of the Royal Engineers was to be in charge, with Lieut. Darwin (son of Charles Darwin), and an un-named man of the Royal Engineers as assistant. Cuthbert E. Peek was going out with this party as an independent observer at his own expense and needed an assistant. Would Charles like to take up the post?

After some consideration, given his interesting job at Browning’s, Charles signed an agreement for the expedition in July 1882. Following a 60-day sea voyage marked by frequent storms and haunted by fears of smallpox, they docked in Melbourne. The journey continued by sea to Sydney then onto Brisbane by train and wagon. The expedition arrived in Jimbour on the Darling Downs, Queensland in December 1882. Here, in the grounds of Jimbour House, they erected two temporary observatories and waited for the day of the transit of Venus. 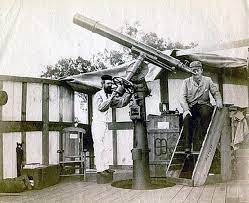 Cuthbert must have been impressed with his assistants’s work because when he returned to England in August 1883, he employed Charles as his Astronomer in charge of the observatory that he had built on his estate at Rousdon, Devon. Charles, his wife and son lived in a lodge house on the estate.  An observatory was constructed (under Cuthbert Peek’s auspices) where Charles specialised in the observation of variable stars. Charles subsequently became known as “The Star Man”. In addition to the astronomical observatory, there was a meteorological observatory where readings were taken twice daily.

In 1904 the annual observations  were published in the Journal of the British Astronomical Association for 1885-1900, edited by H.H. Turner and published by the Royal Astronomical Society. In 1908, a dinner was held in Charles Grover’s honour by the Royal Astronomical Society under the chairmanship of H.H. Turner. Turner was an admirer of Charles’s work having visited him at Rousdon in Devon following an introduction to ‘my very old friend Mr Grover’ from E.B. Knobel. 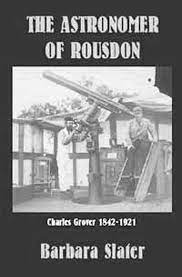 The Astronomer of Rousdon tells the story of Charles Grover using much original documentation and a number of illustrations. As well as his astronomical adventures and his observations on Australia and Australian life, it describes something of his life as a member of a model community in the late nineteenth century.

The book also explores the possibility that Charles Grover was Thomas Hardy’s contact after he approached the Greenwich Observatory for information regarding the construction of a small observatory as part of his preparation for writing his astronomical novel, Two on a Tower, and considers whether, to some degree, Charles Grover became the model for Hardy’s creation, Swithin St Cleve.

Most of Charles’s reference books and writings were ultimately dispersed amongst his eight grandchildren. Some of these works have now been transcribed onto CD for posterity. This includes my greatest find, which came as a result of an enquiry to the Rootsweb Devon Mailing List. With the help of two kind people in Devon I found one of Charles’s observing books that has never been in our family hands, but had been handed down through the family of another worker on the Rousdon Estate. The owner, Mike Hawker, had been trying to find out more about the author, and, when we met, he generously took the view that I had more claim to it than he had. The book bears a label that says it is Volume 2, which raises the question – Where is Volume 1?